he grew up in a refugee camp now an author & motivational speaker – emmanuel cisco, featured on afsesnet 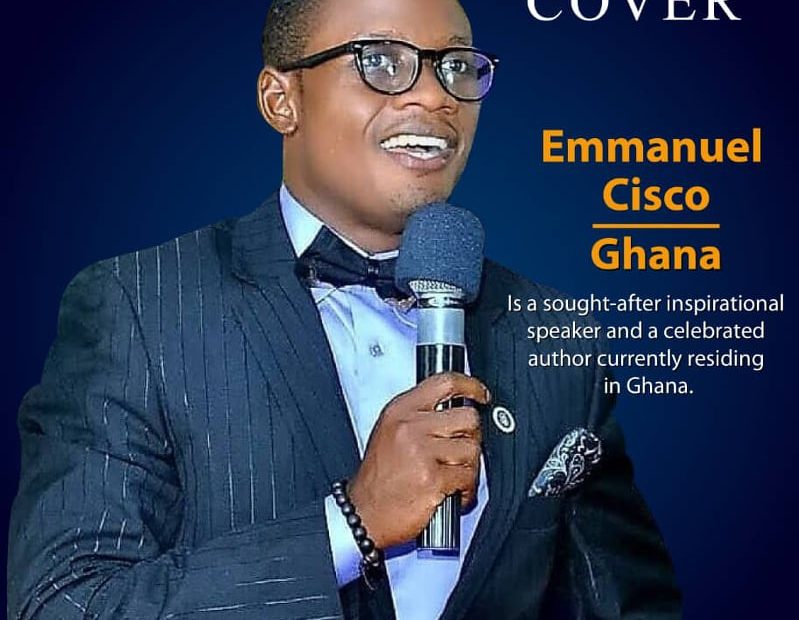 Emmanuel Cisco is a sought-after inspirational speaker and a celebrated author currently residing in Ghana. He grew up totally deprived, spending a significant portion of his youthful years in the Buduburam Refugee Camp as a Liberian refugee. Inspite of the many struggles and challenges, he graduated from one of the country’s top institutions of higher learning, Ghana Institute of Management and Public Administration (GIMPA), as Best Student – BSc Economics (2013) as an Albert Einstein’s DAFI Scholar, fully sponsored by the Government of Germany. In 2017, the UNHCR did a documentary on his story for the Foreign Affairs Ministry of Germany which was featured along with other refugee success stories from around the world at one of the sideline meetings at the 72nd UN General Assembly in New York in commemoration of the 25th DAFI Anniversary. In addition to the many things he does in the corporate space, he’s currently the Marketing Manager of an oil company in Ghana.

As an icon of inspiration in his generation, he’s dedicated his life to pursuing his mission of HOPE – Helping Other People Excel. He’s currently leading a team of 30 passionate young people from 8 African countries on a nationwide Youth Empowerment Campaign in Ghana called “HOPE Campaign” with the goal: to inspire and empower at least 10,000 young people across Ghana by the end of 2020.

As a social entrepreneur, he co-founded Youth Empowerment for Progress (YEP), a vibrant human development organization. Since 2006, he’s been leading this innovative non-profit organization as Executive Director, empowering scores of youths from the refugee camp to either gain scholarships, find jobs or create their own businesses in Ghana.

for booking and enquires about him contact African Seasoned Speakers Network via email afsesnet@gmail.com

6 thoughts on “he grew up in a refugee camp now an author & motivational speaker – emmanuel cisco, featured on afsesnet”