Samuel bravo was invited to be a Producer/Actor, on a Hollywood – featured on afsesnet 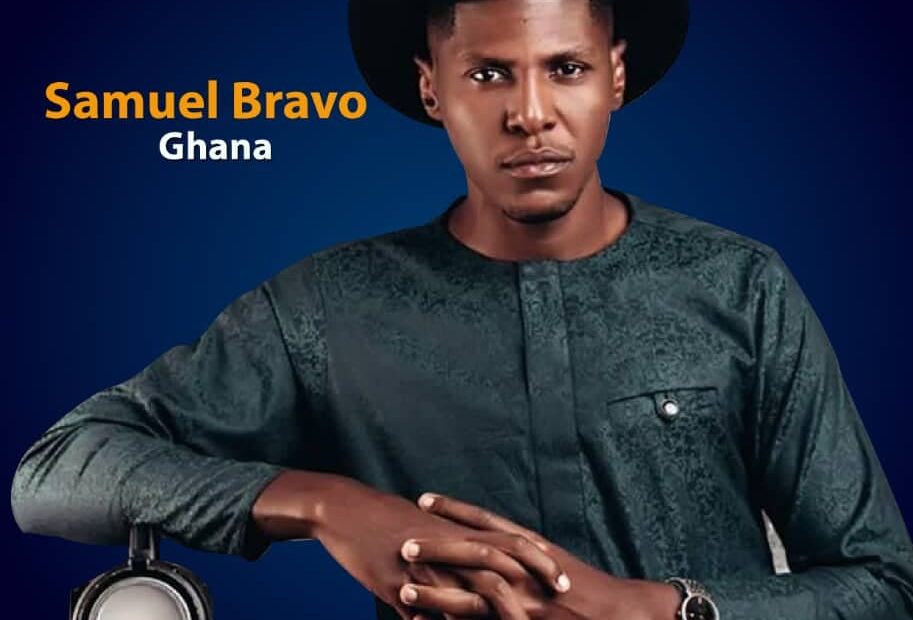 Samuel Bravo is a 6’9ft (201cm) tall Ghanaian Filmmaker who majors in Producing, Writing, Acting and Directing, known for his role in movies like, Ecstasy, The Table, You May Kill the Bride, Heaven, Baabani, The Slave King etc.

Born on April 1st, 1990, in Koforidua, Eastern Region, Samuel Bravo started as an Extra in Venus Films Production movie SINGLE 6, before moving permanently to Accra. Not Long after he landed roles in The Mad Dog with Nadia Buari, Martha Ankoma, Frank Artus, and a Major role in a film he wrote and Co-produce as his debut personal film titled THE TABLE, Starring Selly Galley, Roselyn Ngissah, Umar Krupp, Jose Tolbert.

Samuel Bravo was born to Emmanuel Boadu and Victoria Agbabgbla in Koforidua Eastern Region. After major support from his only sister Dorinda Bravo, Samuel relocated to Accra in 2013 to pursue his dream which came with some huge sacrifices, taking on the role as Production Assistant, Personal Assistant to Actors on set as a Crew and also a Gaffer at some point despite being in Venus Film Acting workshop together with taking filmmaking courses online.

In 2015 through to 2018, Samuel Bravo linked up Umar Krupp, where the two produced mind-blowing movies, filling up cinemas with Samuel as the writer, co-producer and actor as well. (THE TABLE, HEAVEN, YOU MAY KILL THE BRIDE, BAABANI). Samuel’s major roles in these movies earned him deservedly international nominations from Nigeria Entertainment awards, Uollywood Film Awards in America and CA Awards in London 2016 and locally Ghana Movie Awards nomination as an Actor 2016. Samuel won BEST ACTOR, BEST PRODUCER and Best Movie for his film HEAVEN, in London 2016.

Catching International attention at his age, Samuel was invited to be a Producer/Actor, on a Hollywood documentary film on MICHEAL JACKSON, (REDEMPTION, A BOOK THAT REVEALS THE TRUTH ABOUT MICHEAL’S CHILD MOLESTATION ALLEGATIONS), with huge names like Former American President Bill Clinton, Paul Gates amongst other greats getting involved. The shoot is still yet to be made, but got the Ghanaian on the lips of many from Amazon Customer care to BBC WORLD NEWS where the news was confirmed by the Author. Still on the international front, Samuel Landed a dialogue speaking role in America Television Series TREADSTONE AND BLACK EARTH RISING, 2018-2019, winning BEST FILMMAKER at the YOUTH EXCELLENCE AWARDS GHANA 2019.

Forbes got In touch with the Ghanaian to feature him in their Magazine and Indie film series after monitoring the Filmmakers Progress. Samuel broke a long silence of being off screen and going solo, with a wonderful two cast film titled, ECSTASY,  which took the world by storm, landing him in HOLLYWOOD to Premiere the movie. After great reviews, the film is doing very well in the International Film Festivals winning Best Educational Film in INDIA (TAGORE INTERNATIONAL FILM FESTIVAL)

Samuel now studies holds a certificate as an Alumni of Henley Business school United Kingdom, after taking part in a course for Executive Production through The British Council and the First Creatives.

Samuels Mission Statement stands as “My goal is to Improve/Transform Lives, Transformation is the central element of being able to Improve Lives, therefore I as a filmmaker is creating or making films that are so visual, spiritual, emotionally exalting and exciting yet very intellectually powerful that it demands and precipitates transformation in the audience. Creating stories and films like this that uproots false-beliefs and see something in a different way, where people walk out of the cinema not just smiling and joyful but somewhat wiser and compassionate.”

For more Enquires and Bookings contact African Seasoned Speakers Network via email afsesnet@gmail.com and also follow us on all social media handles @Afsesnet

1 thought on “Samuel bravo was invited to be a Producer/Actor, on a Hollywood – featured on afsesnet”