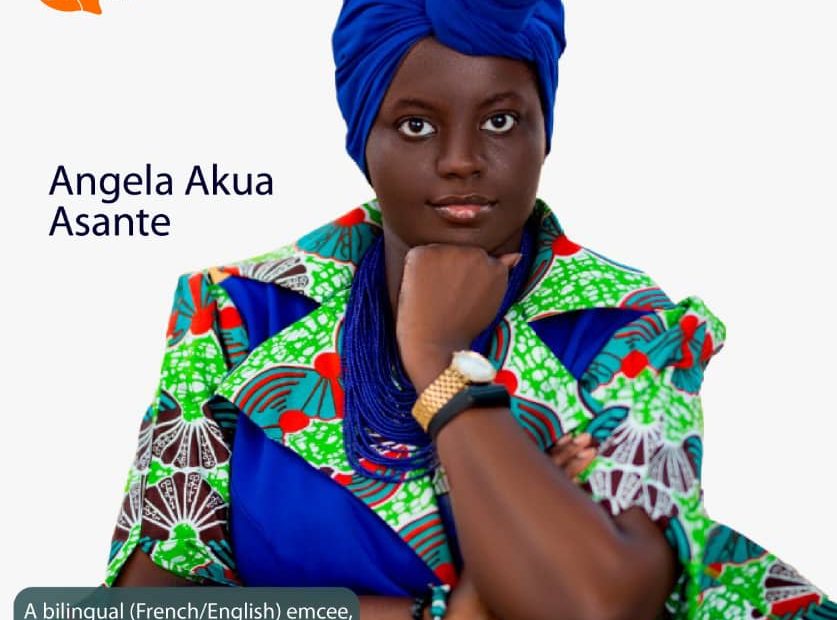 Angela Akua Asante is a bilingual (French/English) emcee, moderator, speaker and French-language voice-over artist with a background in international football journalism. Also known as “Triple A” due to her initials, the Ghanaian-born entrepreneur is the founder of audiovisual content and media consulting company TITA Productions.

Wearing her hat as the Head of Digital Content and Social Media Manager at LiveSoccerTV.com, America’s biggest portal for official soccer broadcast listings worldwide, she possesses over a decade of experience in online journalism and mentoring young writers.

Triple A has been an active member of the International Sports Press Association (AIPS) since 2012. The “We Are TITANS” short documentary producer is also an advocate for youth development across both genders in the media and football industries. Aside sponsoring events such as the 2019 GIJ-SRC Sports Week with cash prizes and TITA merchandise for Ghana Institute of Journalism students, Angela Akua Asante engages in charitable actions – most often anonymously.

In addition to her career in the media and events, Angela possesses a network in agribusiness through her affiliation with award-winning export company Organic Trade & Investments. In August 2020, she was appointed as the Chief Operating Officer at the Chamber for Tourism Industry Ghana.

She kicked off her mission with the successful organization and hosting of the Chamber’s annual flagship event, ADCOTT (Africa Digitization Conference On Tourism & Trade), which gathered 15 top speakers from the African Union Commission, African Tourism Board, French Embassy, International Trade Centre, Ministry of Tourism, Arts, and Culture, World Tourism Forum Institute, and other top institutions.

1 thought on “From Ghana Meet A Female International Football Reporter Who Has Covered Four World Cups — In The Last Seven Years Across Men’s, Women’s And Youth Tournaments – Featuring On Afsesnet Weekly Magazine Cover”