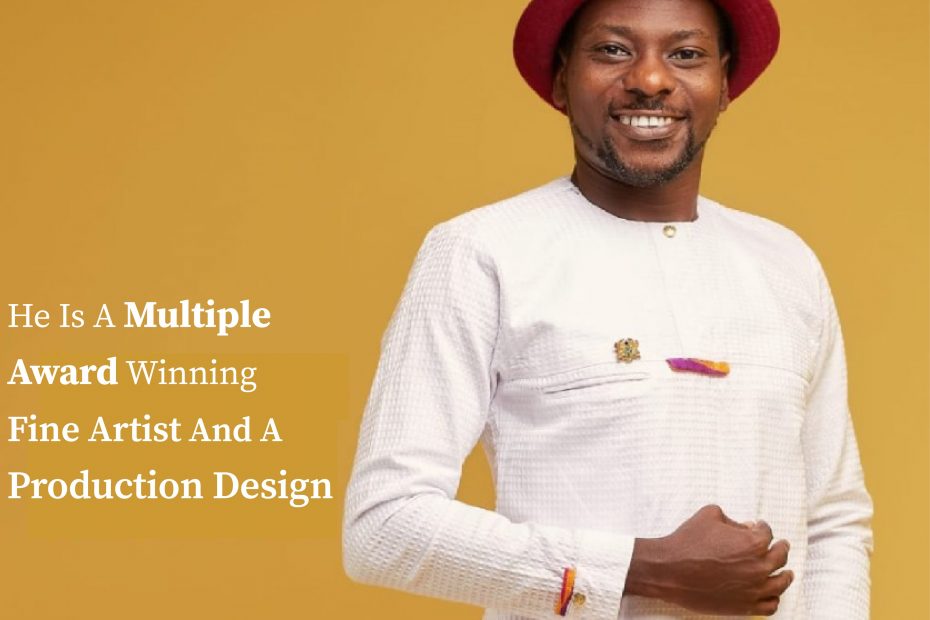 Amb. Dr. Prince Kojo-Hilton is a multi-talented visual artist with over two decades of professional experience that has gained him both local and international recognition. He is a product of the National Film and Television Institute (NAFTI) with a major in Art Direction and Production Design (2014).

Due to his hard work, passion and incredible creativity ability, he had a rare opportunity as an understudy to Dr. Johnson Edu (his Uncle); at the Technical Department of the National Theatre of Ghana which helped launch his career to another level. His understudy was in the areas of Scenic design, Props Design, Make- up and special effects, Set Design and Construction. He has used his skills on a number of projects and he has gained the accolade of the first ever artist to create Commercials, TV studio Sets, Music Videos, Theatre Productions and several live Stage events.

Adding to his prehistoric repertoire, he has worked as a Scenic Artist with Hollywood Directors of The Matrix Trilogy (the Wachowskis) on the science fiction series 􀍚Sense 8􀍛 which was shot in Nairobi, Kenya in 2014. Kojo-Hilton has worked with most of the multimedia firms and production houses of great renown across the world. His passion and dedication to duty has caused him to accomplish staggering results within a short space of time.

Dr. Kojo – Hilton is a strong art advocate, for over 18 years, has single handedly trained and mentored many young talents in Ghana, Nigeria, Gambia, Kenya, South Africa etc.
He is the former Greater Accra Regional chairman for Ghana Association of Visual Artists (GAVA) 2017- 2019.

He is currently The Pan African Art Ambassador – Pan African Republic Honorary Awards, a Lifetime achievement Award received from The Confederation of Governance Assessment Institute since 2019.

On August 21st 2021, he was sworn in as a Special Envoy by the United Nation Youth Association of Ghana (UNYA-GH) at the International Youth Day Celebration held at the Accra International Conference Centre.
With regards to awards, Kojo-Hilton has won several. Notable amongst them are The Osagyefo Pan African Eminence Art Director/ Production Designer Award 2016; The World Leader Laureate, a PENTASI B’ AWARD 2018, The 40 Under 40 Award for the Theatre and Arts category in 2019, A Honorary Award from the School of Performing Arts, University of Ghana, Legon in 2017. Other recognitions include nominations for The Global Art Awards; category Ultimate Best Global Mixed Media Artist Award 2017 in Dubai, University of Yale awarded him a Citation of Inspiration in 2018, same year two of his best stage design works were selected and displayed at the Prague Quadrennial of Performance Design and Space in Czech Republic as African Section for Set Design and Costume, 2019 in Nigeria, he was celebrated as a Living Legend by the World Institute of Peace and became the recipient of the World Icon of Peace Award, he received The Extraordinary People Awards – USA, In Visual Artist Award of Honor. Kojo-Hilton was awarded an Honorary Doctorate License No. 43/2018 from The International Forum for Creativity and Humanity – Kingdom of Morocco in the year 2020.