FROM GHANA MEET Adjetey Anang a multiple award winning film and stage actor with over 22 years’ experience in various forms of theatre and screen productions. FEATURING ON AFSESNET MAGAZINE 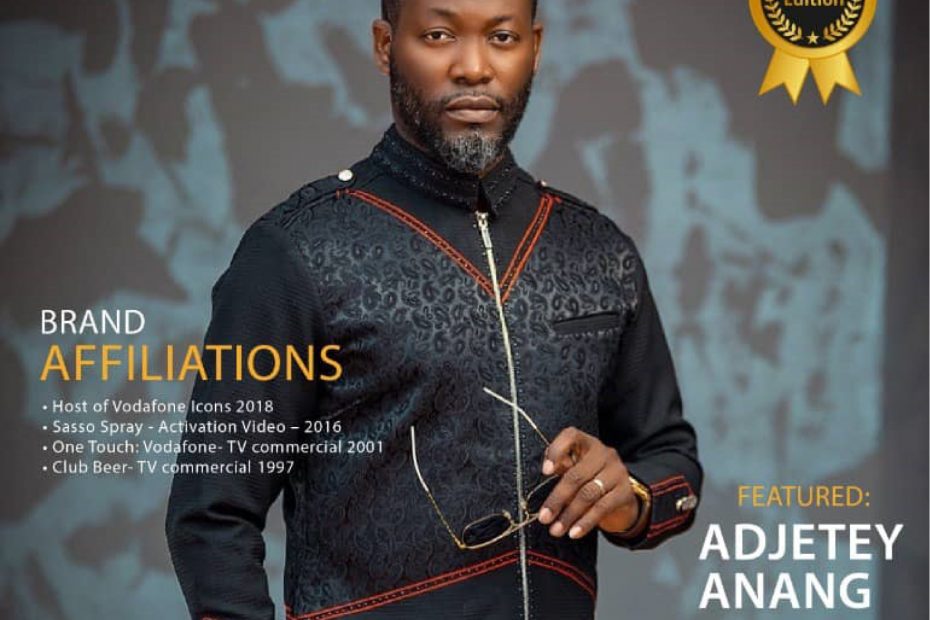 Adjetey Anang is a multiple award winning film and stage actor with over 22 years’ experience in various forms of theatre and screen productions.
He has a First Class Bachelor of Fine Arts degree from the School of Performing Arts at the University of Ghana, Legon. He further obtained a Master of Arts Degree in Dramatic Arts (with distinction) from the University of the Witwatersrand in Johannesburg South Africa (Wits University). He has also attended several workshops and training programmes in Ghana, South Africa, Nigeria, The Netherlands, the UK and the US, etc.

He has featured in several stage plays in Ghana, South Africa, the Netherlands and France such as “Through a Film Darkly”, “Joe Turner’s Come and Gone”, “Run for your Wife”, “Death and the King’s Horseman”, “Marriage
of Anansewa”, “La Cantatrice Chauve” “Prison Graduates”, etc. Please find details of filmography below.

He is currently a lecturer in Acting at the National Film and Television Institute (NAFTI) teaching at the Bachelor’s Degree and Diploma levels and also handles Acting Certificate Courses at the same Institution.

Adjetey’s acting debut was on stage with Nyankunton Players (a drama group), where he was handpicked and employed by the National Drama company (Abibiogromma). This platform projected his talent and potential
onto National stage productions. His screen debut was on the TV Drama
1998 with Ghana’s National TV station (GTV).

His contemporary actors and film producers have described him one of the best classically trained screen & stage actors in Africa ready to take on the global stage.